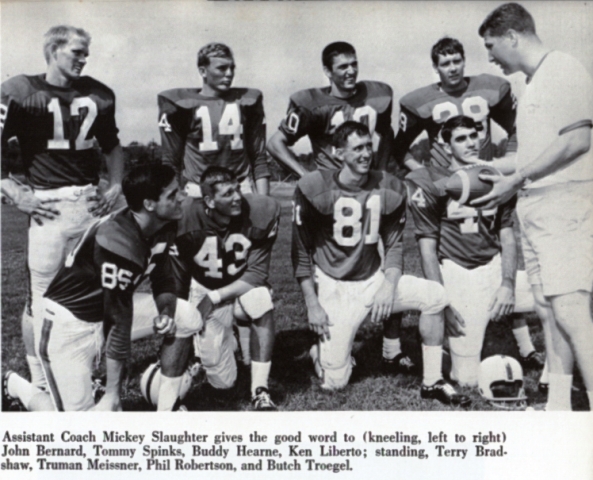 Last week I wrote about loving others as Jesus did by being humble – by putting other people and their needs ahead of our own needs: Humble Pie? How else are we to love people as Jesus did?

There is a story circulating around church circles and in the media about Terry Bradshaw (Hall of Fame and 4-time Super Bowl winning QB) playing backup quarterback at Louisiana Tech to a country boy named Phil. Phil was a good QB but football was not his passion – his passion was hunting and fishing. He loved to hunt and fish so much that he gave up his senior season of football and a possible NFL career to go hunting full-time.

Well you know the rest of the story – Phil Robertson started Duck Commander in 1972 and now is the world’s largest duck call seller. Phil has been quoted as saying “Terry went for the bucks, and I chased after the ducks.” By chasing the ducks, by chasing his passion, and using his talents, Phil not only created an empire and is a star of the reality show Duck Dynasty, he is now leading people to Christ through his ministry. END_OF_DOCUMENT_TOKEN_TO_BE_REPLACED